MediaStar Interactive Video On Demand (iVOD) is server based software that, in conjunction with MediaStar Media Manager and Media Portal, allows for the ingest, storage, streaming and display of video content "on demand" to Media Players, PCs and wireless iOS/Android devices.
View More
Make An Enquiry 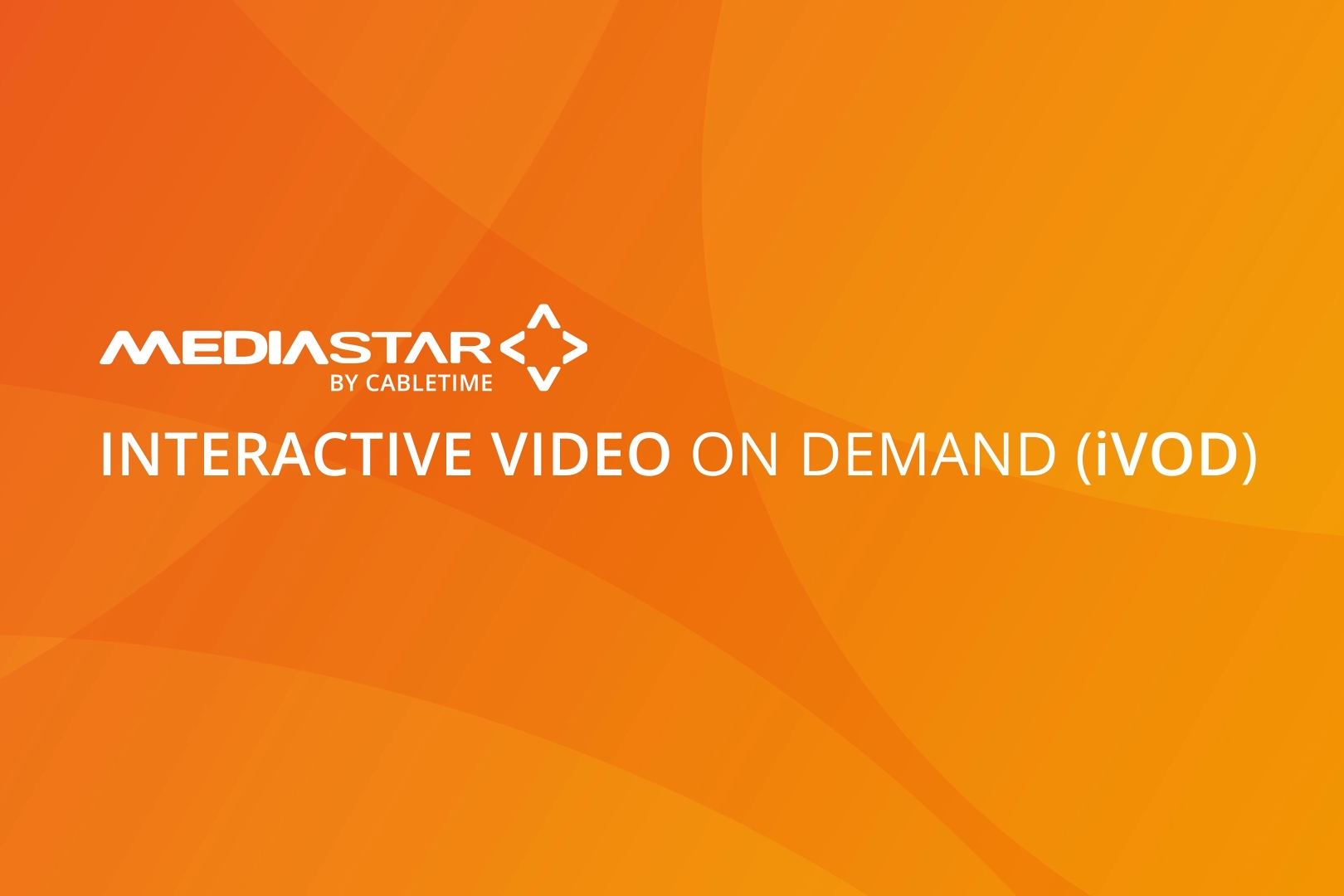 Server Based iVOD
Cabletime’s MediaStar iVOD solution provides fast access to media content libraries. Once an iVOD server is introduced to the network it will automatically be detected by the Media Manager software. The new iVOD server will be represented as an icon in the Media Manager workspace from which you can begin assembling content.

When new media content is dropped onto the Media Manager workspace, it will be automatically converted to a format suitable for streaming and distributing. It will then be copied to the central Linux iVOD server and if needed, to selected MediaStar Media Players. See Distributed iVOD below.

Administrators can enable user access to iVOD content by dropping a contact link onto any MediaStar Portal Page. When the Portal Page is published the url can be distributed to all or selected users, who will then be able to access the content via their PCs, iOS and Android devices, all with full playback control.
iVOD content is also fully available to displays supported by MediaStar Media Players. iVOD channels can be accessed at the Media Player with an IR remote control, keyboard or mouse, with full playback control of the content.  Administrators can enable access within timed windows or as user selectable channels.

Distributed iVOD
When a MediaStar Media Player is configured to use Distributed iVOD, the content files are downloaded to the Media Player's internal flash storage. This would be a preferred method for remote locations where bandwidth is limited, or not always available. Where you have remote clusters of Media Players the distributed content will only be downloaded once, with the Media Players copying the content between themselves on the local LAN. This peer to peer sharing across MediaStar Media Players removes any single point of failure or the need to have costly content servers available at remote locations. MediaStar iVOD server licensing is based on the expected maximum bitrate output of the server, with licenses available for 60, 200, 500 and 1000 Mbps data rates.