The MediaStar IP Re-Caster provides an efficient and robust way to distribute multiple live IP video streams between multiple remote sites. It can operate over a WAN, VPN, or the Internet using SRT protocol. 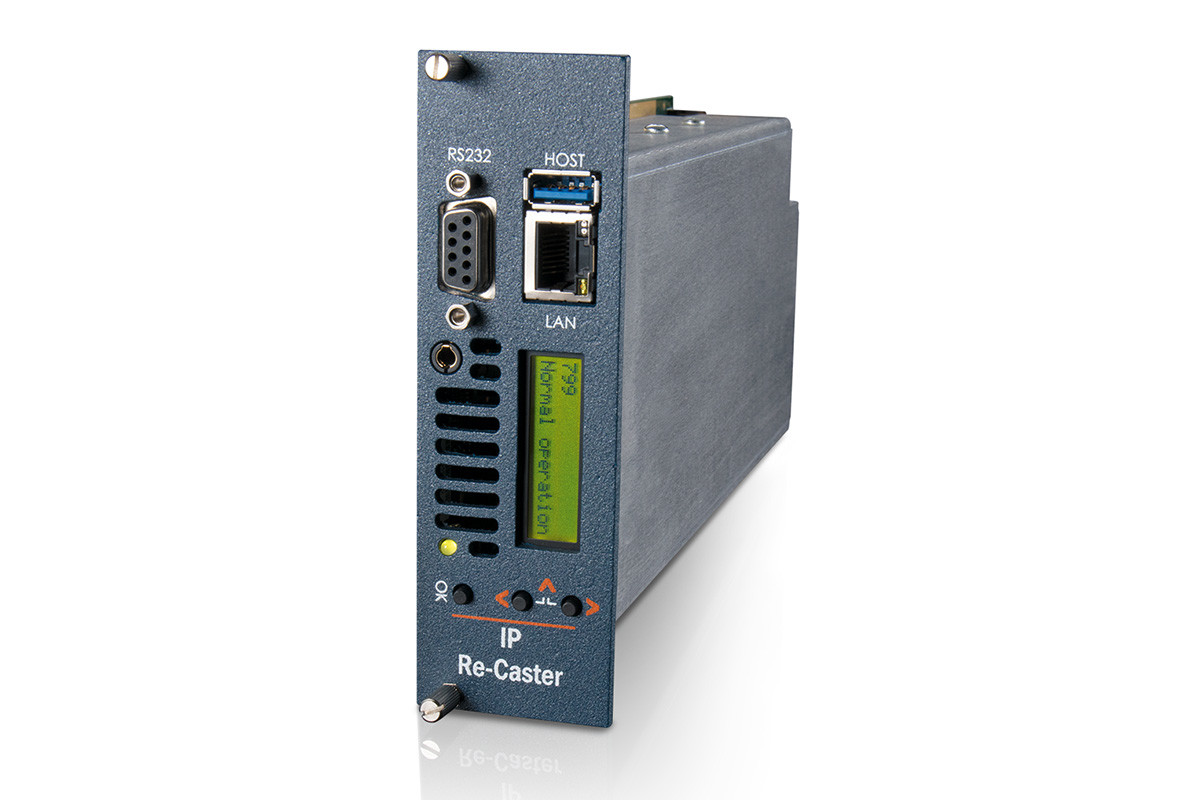 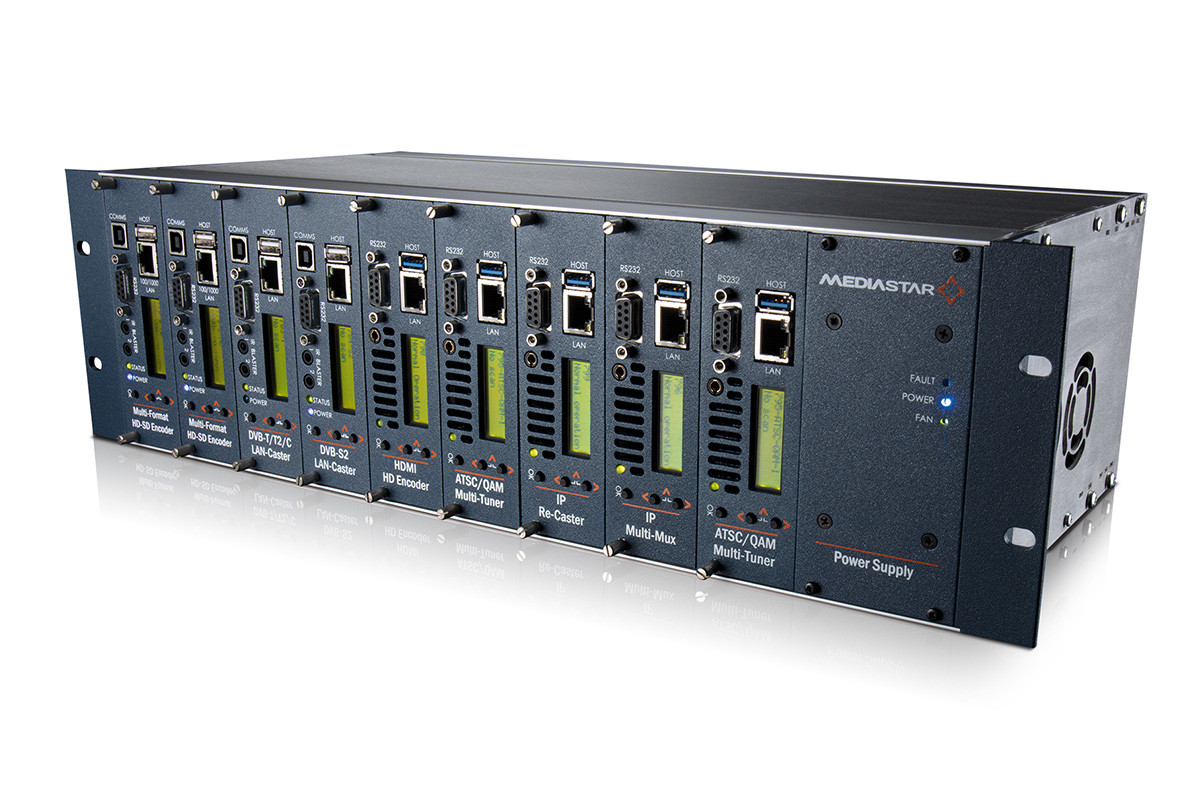 The unit is a 'hot swappable' blade based processor module for use in a MediaStar multi-slot powered rack chassis (Model 770) or single slot appliance case (Model 769).

It will accept unicast or multicast IPTV streams, convert them to unicast streams and transfer them across a network to an additional site. A second 799 receives the streams and re converts them back to multicast or unicast as desired. Thus a MediaStar IPTV system can be expanded across multiple sites using a single headend.

When there are access, quality or capacity issues on the links between sites, the Re-Caster uses a conventional internet connection and adopts a more robust, encrypted SRT transport mechanism to pass IPTV streams across the internet and then deliver them back as multicast or unicast streams at the remote receiving sites.

The transmission and error correction process that SRT (Secure, Reliable Transport) provides increases the stream latency by around one second, but the advantages of not requiring a quality assured ‘nailed-up’ VPN are considerable.

An alternative application allows IPTV systems to be deployed on networks where multicast is not supported. Retrospective implementation of multicast can be a significant cost and a 799 Re-Caster can be used to implement a switched, unicast IPTV system..

Initial configuration and stream setup using a laptop or tablet can be via the built-in web server or by simply using the front panel buttons and LCD status display. Alternatively, multiple units within a wider system can be networked under the control of the MediaStar Media Manager software (Model 462).